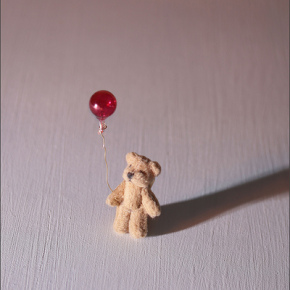 When I decided last year that I might apply to do a practice-led PhD in creative writing, and sat down to research the application process, I found a lot of facts and advice from the Arts and Humanities Research Council and from universities, but very little from real people in a similar position reflecting on their experiences, and very little on what a research proposal should ‘feel like.’ From the start I felt quite alone in what I had chosen to do (but hey, maybe that’s good practice for the real thing).

I write this article with a deferred offer of study but no funding to make that happen. As you can imagine, the first draft of this article was somewhat cathartic. I’m going to apply again next year after a Rocky-style montage of interview practices and theory essays completed while charging up and down hills and doing chin-ups, but I’m keen to impart a few things that I wish I’d known this time last year.

It’s easy to run into negative opinions when you tell someone you want to do a PhD, particularly in the arts. People will often remind you how hard it is to get funding and how hard it is to get an academic job afterwards. Regardless of this helpful person’s own agenda, this is information you already know, isn’t it? And you still want to do a PhD, don’t you? Listen to these voices and you’ll end up not trying, which is a lot worse than trying and getting turned down.

Former or existing PhD students can be a source of this too. They’ll talk about how they nearly went mad and turned into a hermit when they were writing up, how horrible their viva exam was, and how they wouldn’t wish it on anybody else.

The proposal needs to say what you’re going to do, and how that fits in with what already exists in your field and focus. Read the instructions on the application carefully. If there’s a word limit, it’ll say so on your application form. It all feels a bit massive and daunting though, doesn’t it?

The first step in working out whether this is something you want to study for three or four years is to sit down and get typing. Remember it shouldn’t really feel like an essay because you’re setting out what you plan to do, rather than actually doing it. If your enthusiasm for the subject grows then you’re definitely going in the right direction, and your potential supervisors will help you edit it or tell you if there’s anything missing.

Get a super supervisor.

My own future PhD supervisor gave me this advice first. She said that the place and the reputation of the university where you’re studying don’t matter if the person you’re working with doesn’t engage with you and your project. At the time I took it with a pinch of salt, thinking that I’d have to go wherever the funding was and that as a result I might not get much choice in the matter, but I now realise the importance of it.

In the long run you are going to be relying on this person an awful lot. They are going to have an understanding of your work that no-one else will have, they’re going to be your guide and your moral support. If you don’t think they’re right for you, don’t be afraid to look for someone who is.

Aussiegal, ‘The Librarian’ (flickr.com). Used under a CC License.

Don’t be afraid to ask.

There are other people who have done this already. Even if you don’t know anyone personally, research students are usually listed on departmental websites and you can contact them to ask what it’s like being a student in their department, what the application process was like, and how supported they feel.

People I know who are doing, or have done, PhDs have been really helpful in showing me what to expect. I had a thoroughly intimidating interview, for example, and started to worry that I wasn’t cut out for the PhD at all. I had other upcoming interviews which I became intensely nervous about. When I talked to other students and lecturers about this they reassured me that it wasn’t something they had ever experienced, and this enabled me to go bravely on to my other interviews.

Getting an offer and getting funding are not the same thing.

My potential supervisors were encouraging about my proposal. They said things like ‘it’s a bit broad, but you’ll narrow it down within the first few months’ or ‘your original contribution will come from focusing your ideas in one of these areas’. I felt very supported; I was applying for time to learn and this seemed to fit in with my expectations.

At times when it came to applying for the funding, it felt as if these things were less acceptable. One person told me that you shouldn’t need to feel like you’ve already done a PhD to write a research proposal, but from my experience you need to be very confident in your knowledge and what you’re planning to do if you’re going to get funding. During both my interviews there were points when I wanted to say ‘I haven’t done it yet!’ but according to feedback I received this is one of the reasons I was unsuccessful. This is fair enough as there is not much funding out there (around 15% of arts PhD funding applications are successful). You do need to be able to talk about your ideas in-depth with the interview panel and you need to have a strong idea of what your original contribution to the field is going to be. Anything that’s broad or unfocused is much harder to talk about in an interview, so you need to be firm in your ideas – even if you do change them six months after you start.

Get good at waiting.

There are often spans of weeks and months in between applying, interviewing and getting acceptances or rejections. I’ve had some practice for this as a poet submitting to competitions and magazines, but I still found the need to take my mind off the waiting very important. I gave myself things to do as much as I could, and kept busy, which definitely helped.

In conclusion, making an application for PhD funding can be hard, especially when no-one will let you forget the odds. But that does not mean you shouldn’t try, if you really want it. The first small step might well have been the Google search that led you to this blog.

Suzannah Evans is a poet living and working in Sheffield. Her pamphlet Confusion Species is published by Smith/Doorstop and was a winner in the 2011 Poetry Business competition.
If you have a PhD story to share, please get in touch! Email Linda@thealmightygrind.com
About these ads

One thought on “Is there anybody out there? Approaching a PhD application”